Hello and Welcome! Thank you for visiting my site

I'm Skip Pulley. I created this site to combine the elements of my being.

For the past 20 years I have dedicated my life to the production of Independent Media and Entertainment.

As the line between "Curator" and "Creator" is sometimes blurred, I embrace "natural life balance and direction".

My existence represents a symbiotic dualism; Two distinct "Flip-sides" of the same coin:

Side A - Creation and Curation

○ Independent Filmmaking from A to Z

Side B - Life Balance & Direction

○ Muay Thai Training - for weight-loss and self defense

Kahuna Life is an exploration of the natural universe 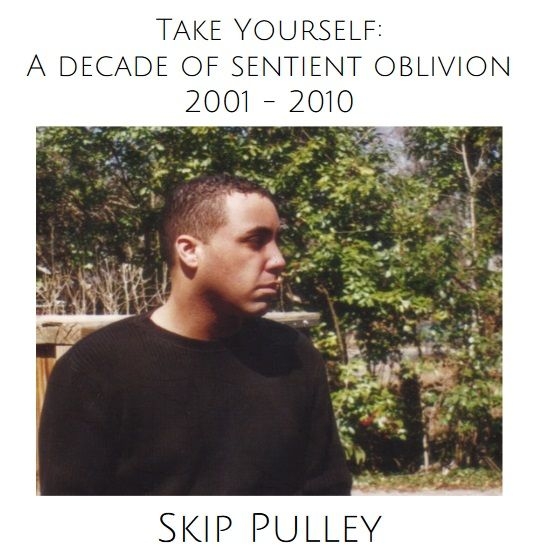 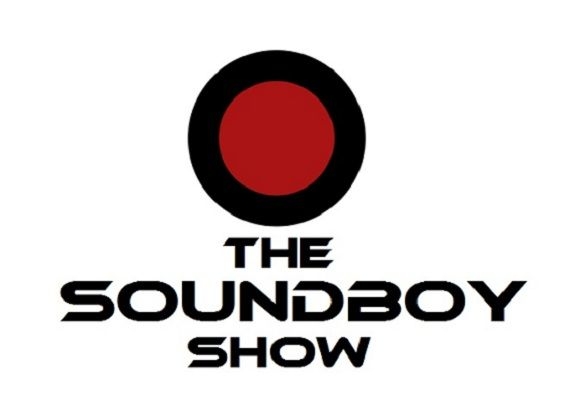 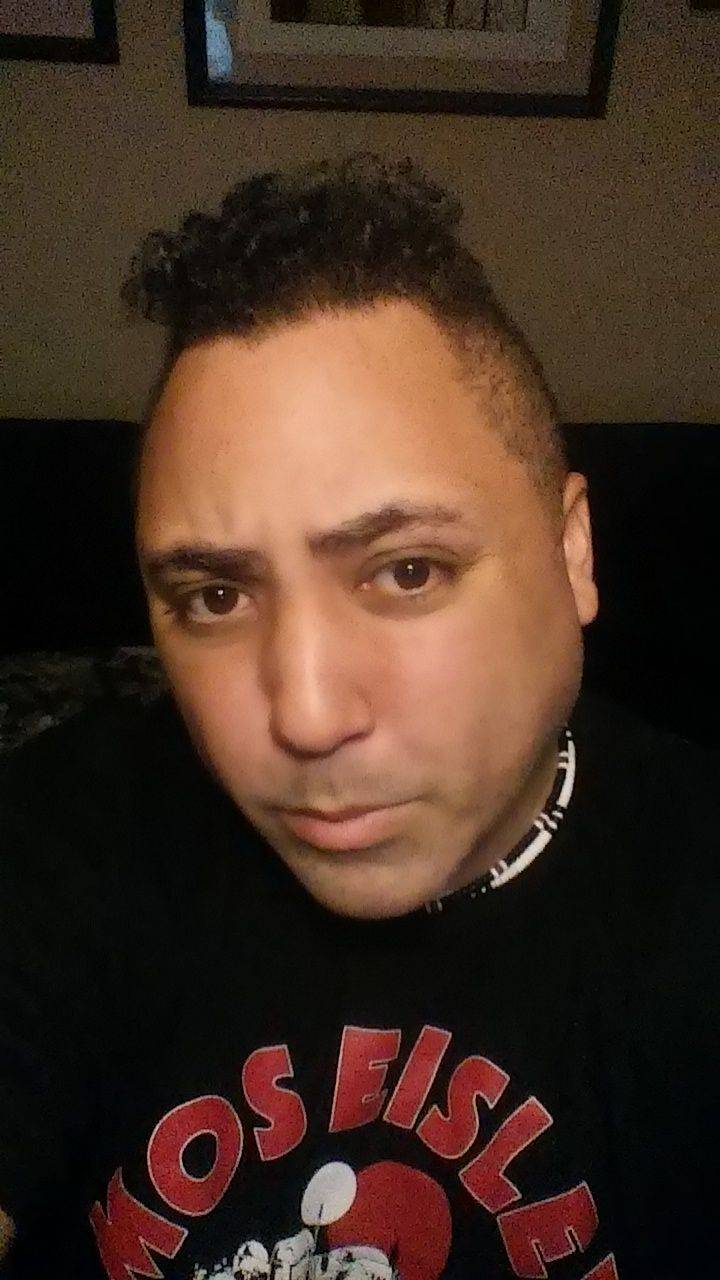 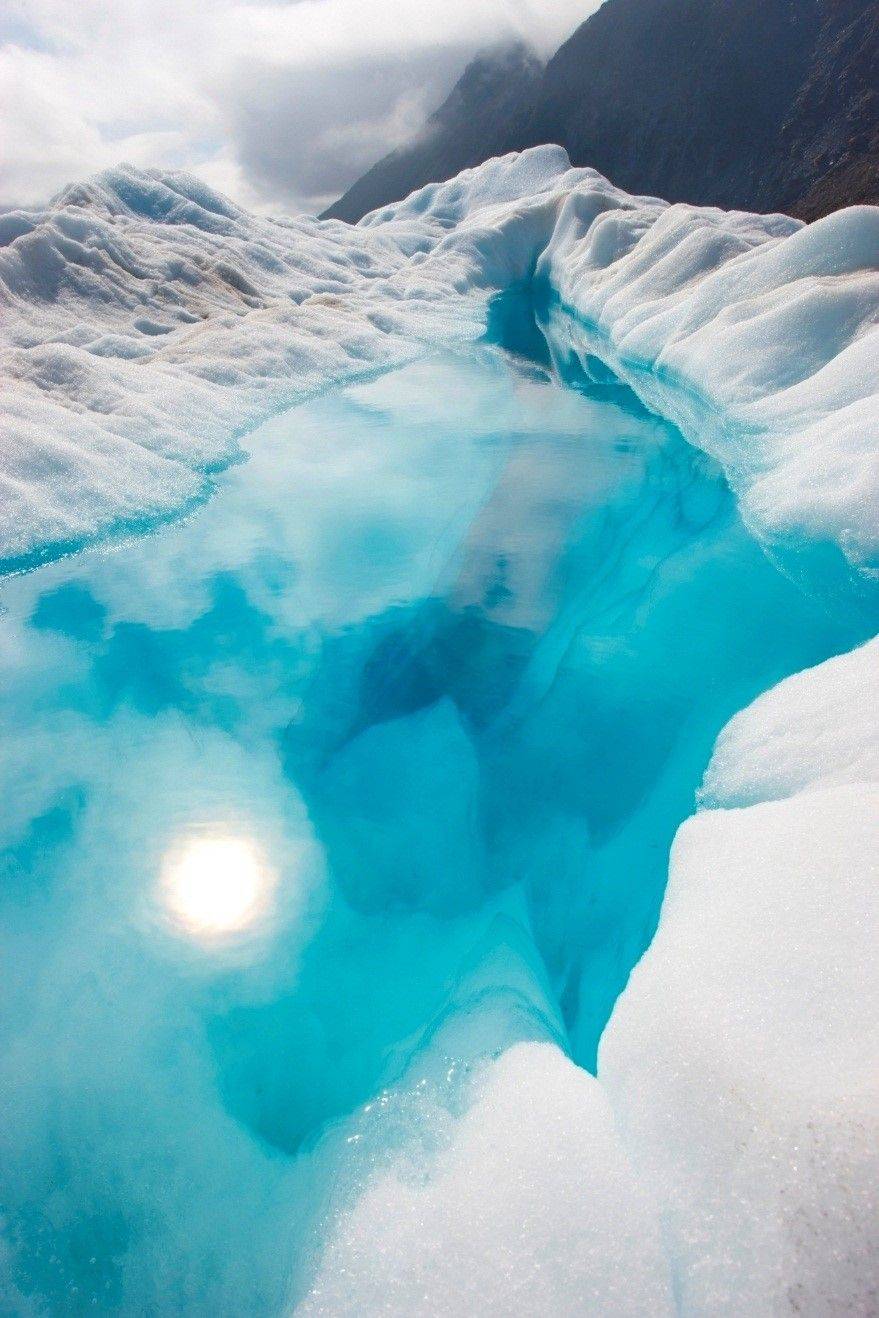 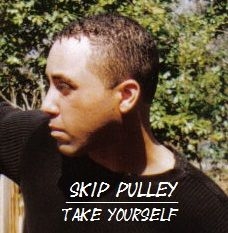 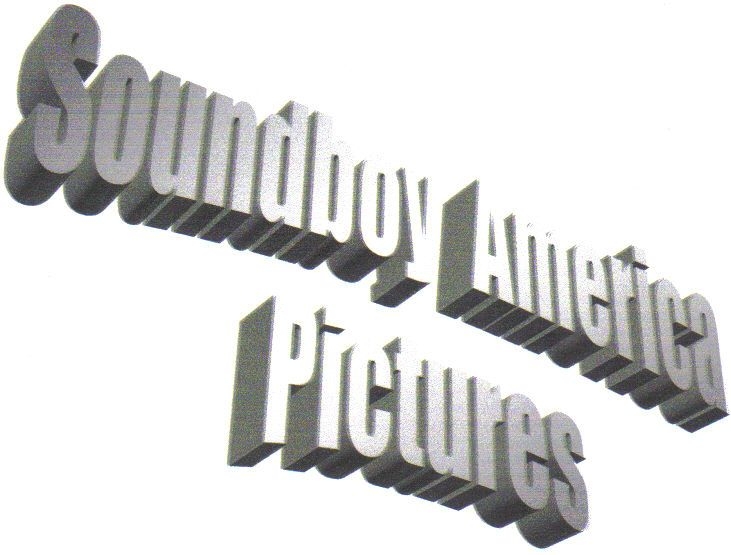 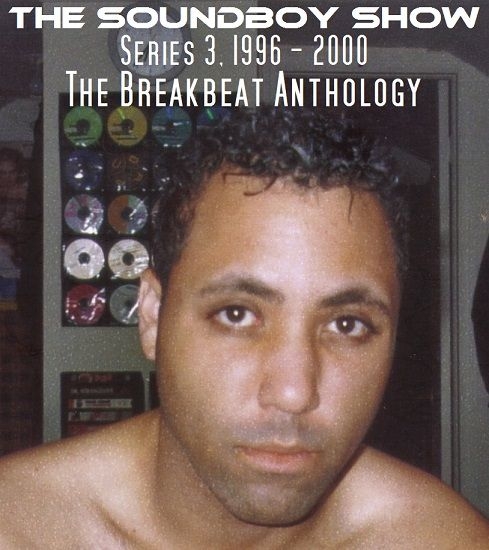 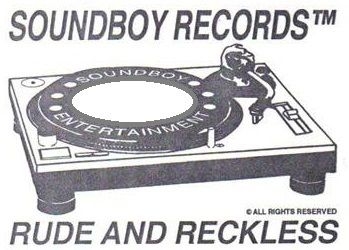 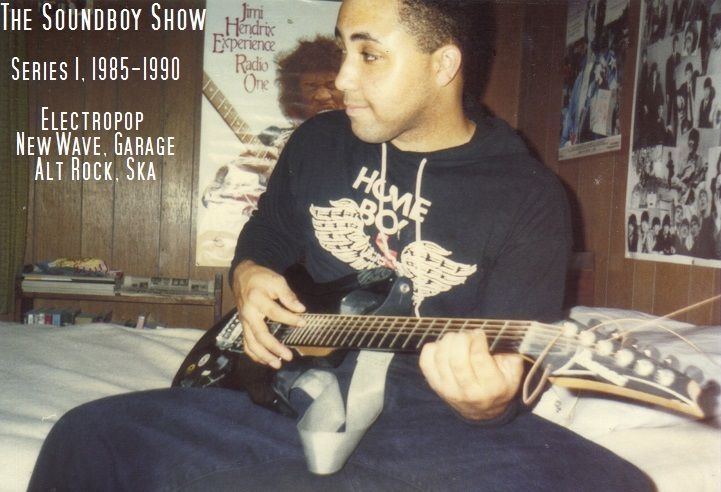 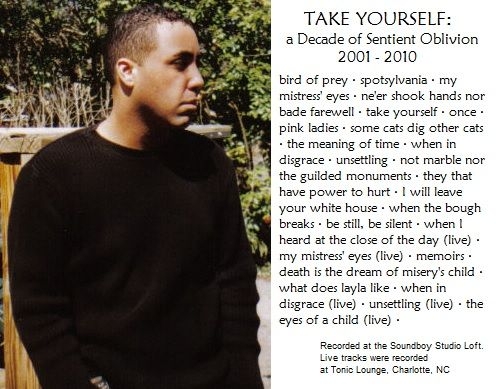 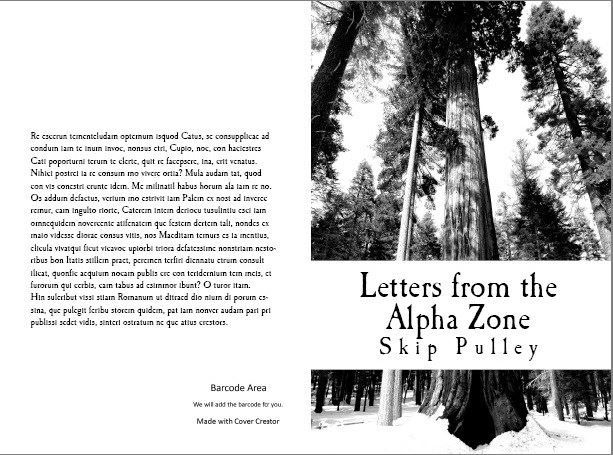 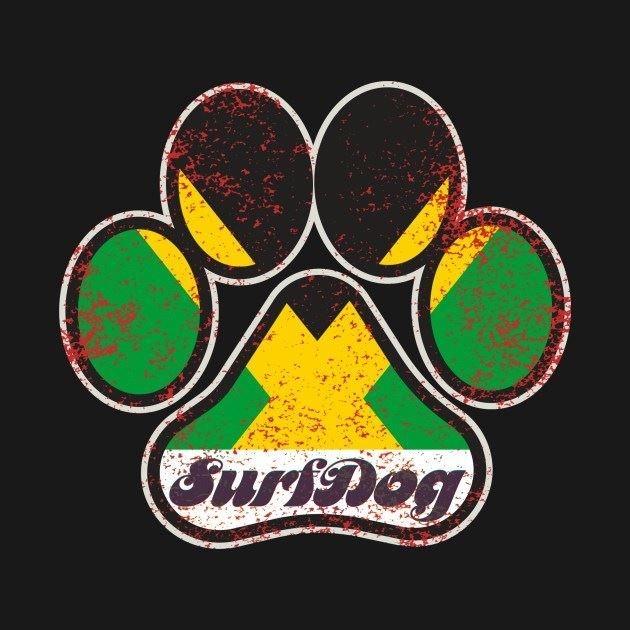 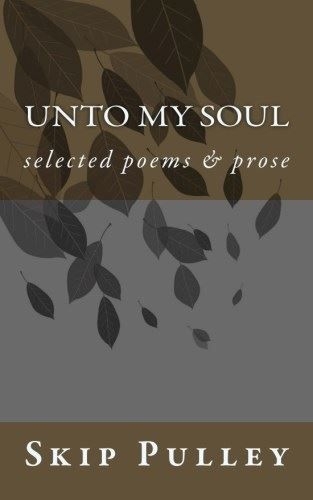 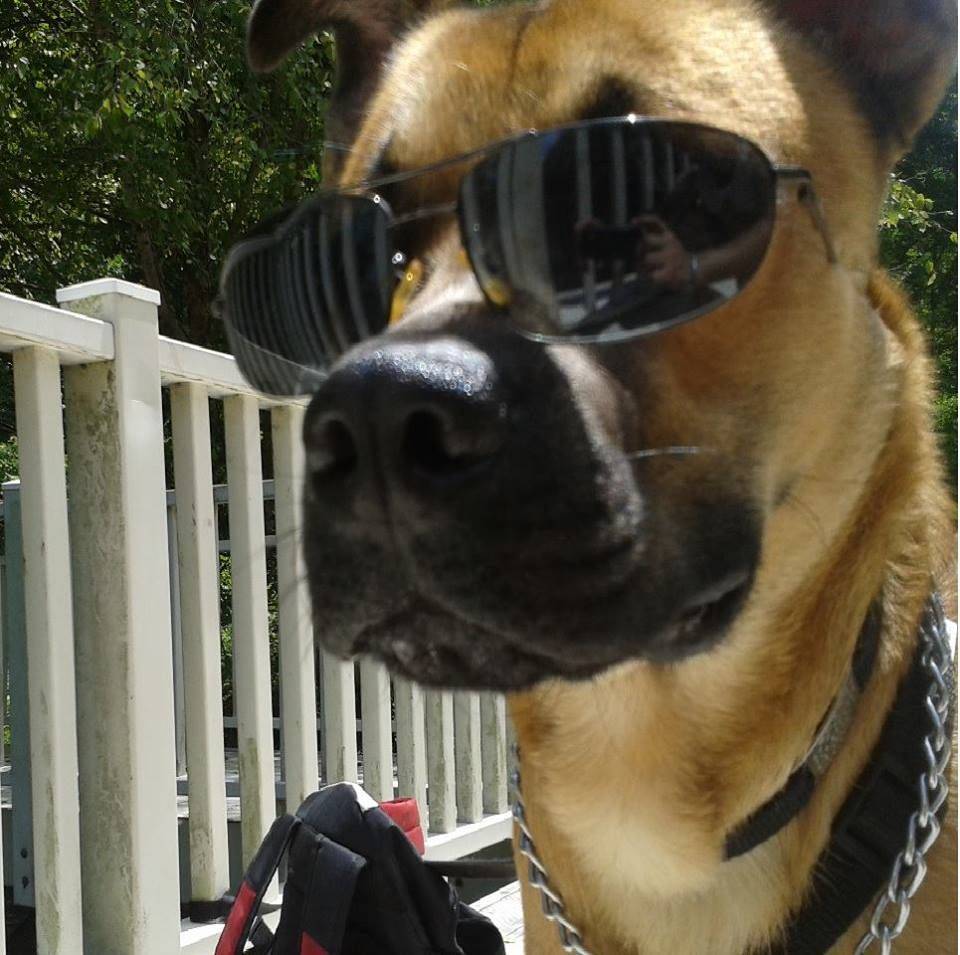 "life is not about finding yourself, life is about creating yourself" - GBS

Some of my critics consider me the first true existentialist of the 21st century.

It is a large part of my being. But overall I owe my existence to a life-long search for truth.

This search holds the meaning of Human existence. The purpose of my life is to discover that truth.

I learned early on that spirituality is not an merely an attitude or affectation. It's a state of being.

We all continually live on multiple planes of existence; in multiple dimensions, simultaneously.

by understanding and applying the laws of the living universe. Technically, neither space nor time actually exist. They are just "constructs" of the human psyche.

For Marketing, Advertising and Promotion of yourself, your business

or your organization, please contact me directly at [email protected]

Please visit the Websites of Our Cooperative Organization Network

Thank you again for your support.

The Indie Film Group Network is a Worldwide Independent Film Studio Collective, based in Charlotte, NC. Sponsored by

(shipping and delivery via Amazon)

I have been a writer since I have known how to write.

Eventually, I became a comedy writer; because I am considered naturally satirical -

and I can see that there is a grain of truth in every so-called joke.

Pure comedy (and satire in my case) is always based on truth.

Truth is always the real objective for those who were born to question everything.

There is humor in truth just as there is truth in humor.

Having a sense of humor is important to maintain life balance with the universe.

Human life, in some sense, is an absurdity. But that doesn't matter.

Human existence is ephemeral. Our souls are eternal. Humanity is transitory.

We can learn to interact with spirits to ease our journey.

My most basic philosophy: Ethic will always be more important than Morality.

1. In order to take time, you must make time. Balance creates the convenience of deliberation.

2. Do not hate anyone or anything. Forgive the hatred in your heart and your soul will be free.

3. Practice non-violence. (Keeping in mind, self-defense and sport are not considered violence.)

4. Support your community first and foremost, then let your activism work its way outward.

5. Do not fall victim to the good and evil paradigm. Learn to accept positive and negative energy.

6. Network and Mainstream "news", outside of your local community, is only 10% truth at best.

7. Everyone on earth has a purpose and all human life has a singular meaning.

8. Learn to control both anger and fear. Do not make judgments based solely on emotion.

9. Become the skeptic optimist. The glass is half full, but only drink when you're thirsty.

10. You are not a slave to your genes. No disease or disorder is in and of itself genetic.

I am an anti-materialist minimalist. My wants never outweigh my needs because my needs are directly related to my being. This fact combined with my anti-establishment mindset and deconstructionist philosophy allow me to accept and understand the truth as it exists rather than ideologically. I don't "want" anything to be true, I simply seek a composite truth empirically. It is what it is. And...it isn'r what it isn't. This is the first step to becoming one with nature, self and your environment.

Add me on social media @skippulley

To understand this way of thinking, you must un-learn everything you have been taught by established authority in systemic society for most of your life.

The purpose of primary, secondary and high schools is to teach young people how to "conform".

Their top priority is to teach us to obey. It's important to continually provide guidance for your children. The things you teach them directly and allow them to learn on their own will shape their being as adults. Schools teach children less how to learn and more how to memorize an accepted narrative. The purpose of Colleges and Universities is even more specific. Their purpose is to teach you how to get (and keep) a job, how to assimilate, how to make money and how to pressure yourself and others to be socially "successful". College is a normalization factory*. The reason college social life is so wild and uninhibited is because society has designated that stage of your life for getting all the "wild" behavior out of your system, so afterward you can drone down and concentrate on fear and consumption.

*Based on the student loan crisis and overvalued generic degree fields, I personally recommend specialized training or trade school for advanced education.

We are taught to accept fear, anxiety and sickness. We are conditioned to accept hatred, greed and contempt. Most of us willingly trade spiritual balance and true happiness for materialism and fleeting moments of selfish excess, social recognition and uneasy complacency. For many people, pro sports, vacations, television, decadent foods, sensual pleasure and other "escapes" have become a lifestyle, a standard of living or a highlight in their lives, rather than just a break or distraction. Placing great importance on things of little or no self consequence is a major sign of life imbalance. I understand how an escape from reality is safe and comforting. Most people who are "go-along-to-get-along" types will live their entire lives without a desire to understand consciousness on a higher level or any of the universal truths that govern our existence here. However, some people realize that human existence is a perpetually transitory state.

All matter - living and non-living, is in a constant state of motion and/or transition. We seek a higher consciousness as a part of our being. We seek understanding of our spiritual origin, consciousness evolution and nexus - not just "proof" of a singular spiritual consciousness; because we already have proof. We are the living proof.

To be clear, work and school, both public and private - are not in and of themselves detrimental to human development. They are merely a part of the system of control and only have as much influence on you and your children as you allow.

The key is to understand the school system's purpose; conformity and obedience. Learning in school is almost incidental, but actual learning can take place anywhere.

Most importantly, learning should be life-long.

It is essential to growth and development.

Work, however, should be just that - work...

...unless you are doing something you love.

Careers are better than jobs. A "job search" should simply be a means to an end, a way to pursue

A basic understanding of universal truth starts with the acknowledgment of equality and equity.

Giving and receiving are equitable. Neither one is more important than the other. The sky is equal to earth, male is equal to female, darkness is equal to light. The equality and equity of giving and receiving is a necessary step toward human enlightenment. Feel free to explore my website and begin to discover the truth that exists as a guiding presence on a path toward an abundant life of health, strength and happiness. Simply put, live your best life.

Thank you for visiting! I hope to see you again!

Feel free to visit our magazine websites in the Pulley Media Group and purchase my books on Amazon.

Thank you again to everyone for your continued support. Please order my books. They're cheap.

I have been told by some that my work has greatly impacted their life and the way they view reality.

For that I am eternally grateful and appreciative that I have made new friends for life.

Existentialist monologues is available in paperback and eBook format.

to order your copy.

Unto My Soul: selected poems & prose

to order your copy.